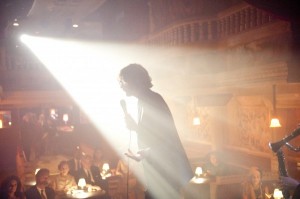 For the final film in its series of fall documentaries, HBO will be premiering Six by Sondheim on Monday, December 9th at 9:00. From director James Lapine (Into the Woods, Life with Mikey), the documentary profiles the Oscar, Tony, and Pulitzer-winning composer through dozens of interviews with the notoriously introverted lyricist, rarely seen archival footage, and re-stagings of three songs specifically for the film, the latter featuring the likes of five-time Tony winner Audra McDonald, Tony nominee Jeremy Jordan, and Emmy winner America Ferrera. The film will include “Something’s Coming,” “Opening Doors,” “Send in the Clowns,” “I’m Still Here,” “Being Alive,” and “Sunday.”

Beginning his Broadway career at the age of 27, Sondheim has been behind some of the most well-known and respected works on the Great White Way, including West Side Story, Gypsy, A Funny Thing Happened on the Way to the Forum, Company, and Sunday in the Park with George. As recently as this past September, the 83-year-old acclaimed composer is said to be working on a new musical with David Ives, tentatively called All Together Now, with a film adaptation of Into the Woods in the works for a Christmas 2014 premiere. That production is set to star Johnny Depp, Anna Kendrick, Meryl Streep, Chris Pine, and Emily Blunt.

Other documentaries shown this fall have included Whoopi Goldberg Presents Moms Mabley, Toxic Hot Seat, and The Battle of amfAR.

Will you be watching Six by Sondheim? What are you hoping to learn about Sondheim from the documentary? Which of HBO’s fall documentaries has been your favorite thus far? 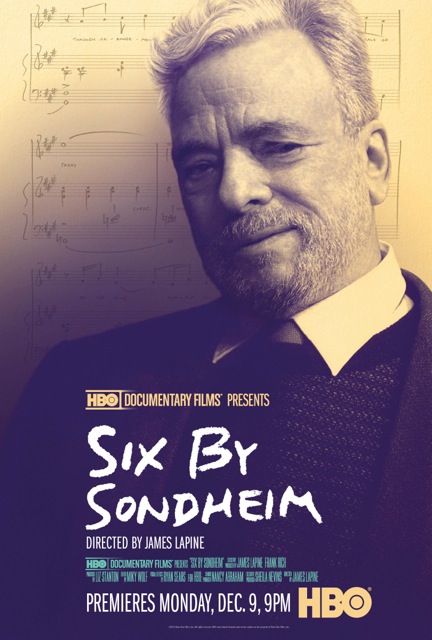