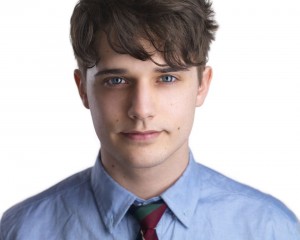 TVLine is reporting that Smash alum Andy Mientus has signed on for a recurring role on ABC Family’s Chasing Life. He’ll make his series debut in the upcoming drama’s fifth episode, where he’ll play a man named Jackson. No details about his character have been released as of yet.

Adapted from Latin American series Terminales, Chasing Life tells the story of 20-something journalist April (Italia Ricci), whose life has seemed to finally fallen into place. She’s got a career that’s ready to take off after landing a promising position at a local newspaper, while she’s struck up a flirty rapport with a handsome co-worker and continues to take care of (and grow closer to) her family. It’s the type of life she always wanted to have for herself at this age and the type of life that others can only dream about, but April is in for quite a shock when she finds out that she has cancer from an estranged uncle. For years, April has planned the direction of her life and did everything she thought she was supposed to do in order to achieve what she wanted for herself. Now, though, she sees that no matter how ready she thought she was for the next phase of her life, there was nothing she could have done to prepare herself for something like this. Once the initial shock from the diagnosis wears off, how will April react to her condition?

In addition to his role as Kyle on the NBC musical drama, Mientus has appeared in miniseries It Could Be Worse and will reportedly be in an upcoming episode of FX’s Anger Management. He joins the likes of newcomer Augusto Aguilera in recurring on the drama, where Aguilera will portray bad boy slacker Kieran.

Having began production earlier this summer, Chasing Life is set to premiere early next year. Seeing as the network’s January schedule is already filled out, it seems likely that the show won’t turn up until March 2014 at the earliest.

Does Chasing Life sound like something you would watch? Who do you think Jackson will be on the series? Can a show with this type of subject matter work on a network like ABC Family?