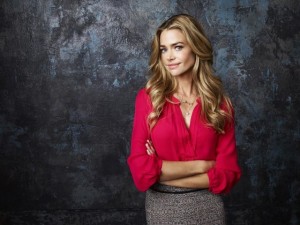 The investigation into the murder of Regina Crane took a shocking turn on this week’s episode of Twisted when Karen Desai, fresh from witnessing a reenactment of her sister-in-law’s murder in her living room, walked to the police station and confessed. For all intents and purposes, she’s been trying to cover up for her son during the first eight episodes of the mystery series, throwing the necklace into the pond and angrily keeping Chief Masterson at bay, so for her to own up to her part in the murder was certainly unexpected. But is it truthful? Karen has shown that she’s willing to do whatever it takes to keep her son’s name clean and body out of prison, so putting herself in the crosshairs of the Green Grove Police Department might be her last resort.

On the next episode of Twisted, Karen is being held during the 48-hour period before Kyle has to call the DA. Her story, that she found out about Vik cheating on her with Regina and confronted the young girl at the party, isn’t holding up that well, though, as she can’t recall the murder weapon and doesn’t settle on one account of how the murder actually took place. While it may be admirable for her to try and take the heat off of Danny, the fact is that her actions will only make things worse for him; if she’s charged, he’ll be sent out of town and potentially forced to deal with a mother in prison to go along with a deceased father, but if she’s not charged, her actions will make Kyle focus that much more on finding (or constructing) the evidence to convict Danny. Will Chief Masterson find enough to charge Karen for the murder or is he going to use the time to get her to inadvertently point at Danny’s guilt?

Elsewhere on Twisted, Lacey’s father comes to town hiding a major secret, while Rico is alerted to the existence of the video featuring Lacey and Danny, which could destroy the popularity Lacey’s built up over the past five years and the budding reconnection between her and Jo.

Twisted airs Tuesdays at 9:00 on ABC Family. The show has already been picked up for additional episodes, which will premiere sometime in January 2014.

Do you think that Karen killed Regina Crane? If she didn’t, why would she confess to the crime, knowing that Danny would be sent away? How will Rico react to learning about the video?