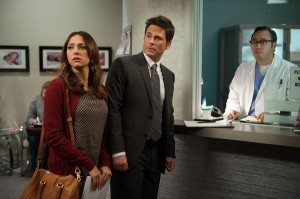 As first reported by Buzzfeed, the cast of Parks and Recreation will be shrinking next season, as Rob Lowe and Rashida Jones will be exiting the NBC comedy after the 13th episode, which will likely air during February sweeps. No reason has been given by the network or either actor, though there’s a chance that the aging comedy needed to cut cast members in order to make it to its upcoming sixth season. (Word came down today from an executive producer is that it was a creative decision.)

Jones was the second actor to sign on to what would become Parks and Recreation, then thought an Office spin-off, while Lowe first appeared at the end of season two and helped replace Paul Schneider’s Mark Brendanawicz, who left the series at the end of that season. (And was never spoken of again.) The two characters they play, Chris Traeger and beautiful tropical fish Ann Perkins, are trying to have a baby together, so it seems likely that Ann will conceive sometime during this season and the reunited couple will move somewhere to raise the child, potentially facilitated by a job offer for Chris.

Below is the full statement from Parks executive producer Mike Schur:

“The news about Rob and Rashida is true — they will be leaving the show after the 13th episode of the upcoming season six. We’ve been working on their storyline (on and off) for four seasons now, and heading into this year, with the two of them contemplating parenthood, it felt like a natural time to move them into the next phase.

We absolutely love both Rashida and Rob, and will be sad to see them go. Rashida was one of the very first people we knew we wanted in the cast, and as important as Ann is to Leslie (and vice-versa), she’ll certainly never be far from Pawnee. Rob we initially thought we could only have for six or eight episodes, and we couldn’t be happier that he will have stuck around for 75.

They are wonderful, funny, committed actors, they’ve been a huge part of the Parks and Rec family, and we think we have a great Pawnee send-off in the works for them.”

The one-hour season premiere of Parks and Recreation is set to air Thursday, September 26th at 8:00 on NBC. You can check out the rest of NBC’s fall premiere dates here.

How do you feel about a Parks and Recreation without Chris and Ann? Is this move based on financials, a new creative direction, some combination of the two, or something else entirely? Will Parks and Recreation get a seventh season or could this be the year we say goodbye to Pawnee for good? 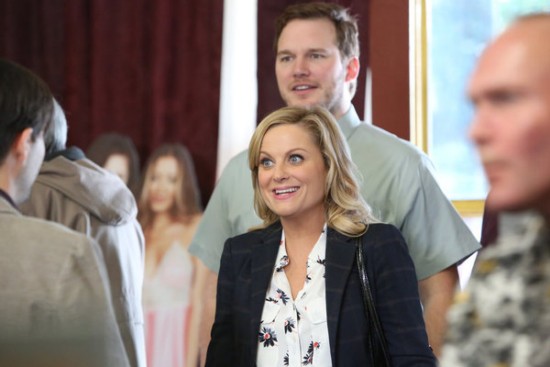