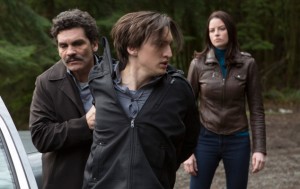 Syfy has announced that it will air the third season of Canadian import Continuum sometime next year. The series, which has already been renewed for a third season by Showcase, stars Rachel Nichols as Kiera Cameron (Criminal Minds), a cop from 2077 who inadvertently traveled back to present day and now must stop the terrorist group she came back with from changing the future.

Since moving to Fridays for its second season, Continuum has done well for the network, becoming the #1 original cable drama in its time period among Adults 18-49, Adults 25-54, and total viewers. Additionally, the series is up by about 20% in all three categories from its first season, which aired Mondays at 8:00, meaning that season three will likely air on Fridays, as well.

In addition to Nichols, Continuum stars Victor Webster (Melrose Place) as Carlos Fonnegra, Kiera’s partner in present day, and Erik Knudsen (Jericho) as tech genius Alec Sadler, Kiera’s closest friend and someone who becomes a powerful man by the year 2077.

The series is one of several international acquisitions that the network has made in recent years, most of which have seen some amount of success. In addition to Continuum, Merlin recently wrapped a five-season run on the network, while Lost Girl is headed into its fourth season this January. Not all international programs do well, though, as Sinbad and Primeval: New World will be given special wrap-up marathons to cut their runs on the network short after modest ratings on Saturdays.

Continuum currently airs Fridays at 10:00 on Syfy. Below is a sneak peek from the next episode, which finds Kiera having to decide just how far she’s willing to go to stop Julian from fulfilling his murderous destiny.

What have you thought of Continuum‘s second season thus far? Would you like to see the show move back to Mondays or are you used to having it on Fridays? Is there anything specific you’d like to see happen during the third season? 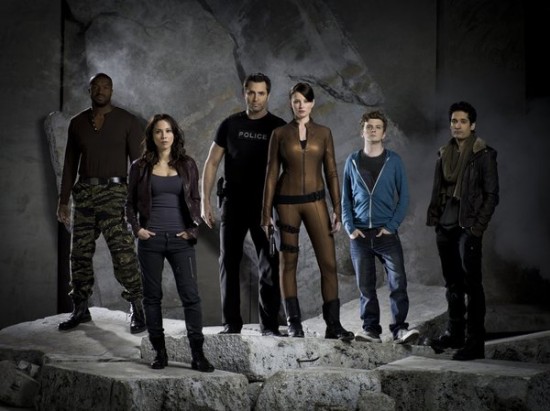