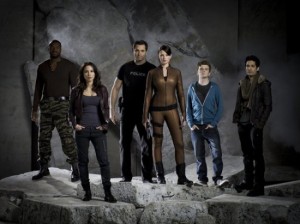 Syfy has picked up the second season of time travel drama Continuum and will be airing it in a new time slot. Rather than keeping the show on Mondays, which will be occupied by Defiance and Warehouse 13, the network has shifted the Canadian import to Friday nights, where it will air at 10:00 beginning June 7th. The show will inherit the slot from fellow import Merlin, which is set to air its final episodes beginning May 3rd.

Created by Simon Barry (The Art of War), Continuum stars Rachel Nichols (Criminal Minds) as Kiera Cameron, a CPS protector from the year 2077 who was inadvertently brought, along with a terrorist cell, to the year 2012. Her task now is to stop the group from changing the past to fit their ideology, meaning that she has to join the Vancouver Police Department and use that as a cover to help her locate (and defeat) the cell. Also at Kiera’s disposal is a young tech expert named Alec Sadler (Eric Knudsen), who has a much deeper connection to the cell and Kiera than ever she could fathom.

Co-starring on Continuum are Victor Webster (Mutant X) as Carlos Fonnegra, Kiera’s partner in the present and Stephen Lobo (Arctic Air) as Matthew Kellog, a former member of the terrorist cell who tries to form an alliance with Kiera.

Friday at 10:00 on Syfy has become the slot of the international drama, as Merlin aired every episode there, Lost Girl finished out its second season there, and Haven (produced in Canada) will return there this coming fall. With that slot comes slightly lower ratings expectations, given the WWE Smackdown lead-in and reduced TV usage on Fridays, which should be even better news for Continuum. It performed fairly well in its Mondays at 8:00 slot and if it has an audience that will follow it to Fridays, it should be set to run for as long as it wants to.

Will you be watching the second season of Continuum? Do you think the show grew stronger as it went along? What about the final cliffhanger in the first season finale? 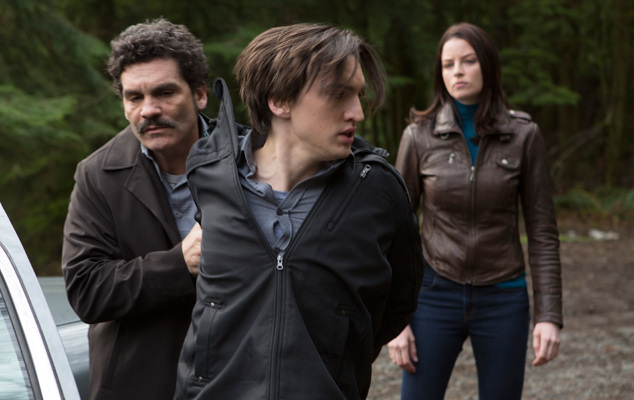