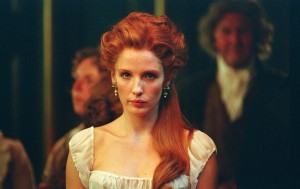 ABC has named Flight’s Kelly Reilly as the star of The Black Box, its 13-episode drama about a world-famous neuroscientist who unwraps the mysteries of the brain as she juggles complex issues of her own. But what type of secrets has she kept from her family and friends about her condition and the research she’s been doing? The series will be written by Amy Holden Jones (Indecent Proposal), showran by Ilene Chaiken (The L Word), and executive produced by Bryan Singer (House M.D.).

–Marriage Bootcamp: Bridezillas has been renewed for a second season by WE tv after growing nearly 50% from premiere to finale and helping the network become number one on Fridays in W18-49 and W18-34. The next ten episodes of the series, which puts troubled married couples through an intensive two-week bootcamp, will debut in early 2014.

-Food Network has revealed that four-episode Rachel & Guy: Kids Cook-Off will premiere this September. The series is a challenge between Rachael Ray and Guy Fieri compete to see who can better coach a team of young chefs. Through challenges related to time sensitive meals and food mash-ups, as well as weekly pop quizzes, the two teams of four will be whittled down to one winner, who will receive a webseries on FoodNetwork.com.

–Dancing with the Stars champion Derek Hough is set to host Family Dance-Off, a one-hour special airing August 25th on ABC. In the special, five families who love to dance will get the opportunity to perform and compete on a Hollywood stage before a live studio audience.

-Syfy will be airing Face Off: The Veterans Strike Back on Tuesday, August 6th at 9:00, which will include exclusive interviews with the eight veteran contestants returning for another shot at the title, looks back at the four previous seasons, and a sneak peek at the next season of the show. Season five of Face Off will premiere the following Tuesday at 9:00.

-Do you want Sharknado merchandise? Well, you’re in luck, as Syfy and The Asylum have partnered with Earthbound LLC in a deal that will produce merchandise for the original film, including fashion tees, bags, posters, accessories and costumes to gaming, among other areas. The first wave of Sharknado shirts will hit stores in the coming weeks, while a sequel is set to premiere next July.

-ABC’s Revenge will have an original novel penned about the training process Emily underwent with Takeda in order to be ready to take down the Graysons. “Schooled in Revenge”, written by Jesse Lasky, follows Ava Winters, an heiress to Napa’s Starling Vineyards whose fiancé robs her blind before leaving town. With nowhere to go, she heads to Rebun Island where she meets Emily Thorne, who imparts wisdom about the importance of seeking justice. But how will Ava’s mission be linked to the missions of the four other people on the island? “Schooled in Revenge” will be available on August 20th.

–Helix, the next Syfy original series, began production in Montreal this past weekend and added Jordan Hayes (House at the End of the Street), Meegwun Fairbrother (The Time Traveler), Catherine Lemieux (White House Down), and Neil Napier (300) to its cast. Also announced was that Friday Night Lights director Jeffrey Reiner would be helming the first episode, which should debut in January. The thriller, about a group of scientists who retreat to an Arctic facility to study a possible disease outbreak, will be executive produced by Ronald D. Moore (Battlestar Galactica), showrunner Steven Maeda (The X-Files), and Lynda Obst (Contact).

-At their TCA session, Hulu revealed the premiere dates for its next four original series and information about other shows coming to the online streaming service. In addition to the next seasons of Misfits and Moone Boy, the following will be arriving on Hulu in the near future.

The Awesomes – August 1st
An animated show for adults that is the story of the greatest superhero team in history and what happens when the most powerful members leave.

Quick Draw – August 5th
A half-hour comedic western set in 1875 that centers on a Harvard-educated sheriff and his quest to introduce the emerging science of forensics to an unruly Kansas town.

Behind the Mask – October 29th
A behind-the-scenes look at the world of sports mascots.

The Wrong Mans – November 11th
Two lowly office workers become caught up in a deadly criminal conspiracy after one discovers a ringing phone at the scene of a horrific car crash.

Mom Up!
An animated comedy about a former music executive who adjusts to suburban life.

Fugget About It
An animated comedy about a former mob boss who relocates to Canada with his family due to being in witness protection.

The Strange Calls
A comedic mystery centering on a night-duty cop that receives strange phone calls in the middle of the night that expose the paranormal mysteries of the town.

Run
Four stories of life-changing decisions in a world where every choice is a luxury unexpectedly intersect.