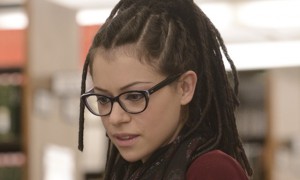 At their TCA session today, BBC America announced concrete premiere dates for several of its series, as well as time frames you can expect certain series to return. Premiering first will be Law & Order: UK on Wednesday, August 7th, where it will air alongside David Tennant’s Broadchurch; the seventh season of the legal procedural, which stars the likes of Bradley Walsh and Dominic Rowan, has been airing since July 14th in the UK. Starring Helena Bonham Carter and Dominic West as the title couple, TV movie Burton & Taylor is set to have its U.S. premiere on Sunday, October 20th. The film received strong reviews and solid ratings when it premiered earlier this month.

November 23rd will see the series premiere of Howard Overman’s fantasy actioner Atlantis, as well as the 50th anniversary special for Doctor Who; original movie An Adventure in Space and Time is also scheduled to premiere that month. The eight-episode second season of period drama Ripper Street, meanwhile, is set for Sunday, December 1st. That series stars Matthew Macfayden as DI Edmund Reid, one of the men in charge of going after infamous serial killer Jack the Ripper.

2014 brings the premiere of four-part series Fleming: The Man Who Would Be Bond in January and the second season of cult favorite Orphan Black in April. Wild Things with Dominic Monaghan will return sometime this spring, while the second season of zombie drama In the Flesh should see the light of day in the same time frame, though nothing has been confirmed as of yet. The three-part first season of In the Flesh aired earlier this summer on BBC America after a winter premiere in the UK.

Will you be watching the next season of Law & Order: UK? What would you like to see happen on season two of Orphan Black? Did you get a chance to check out the short run of In the Flesh earlier this summer?