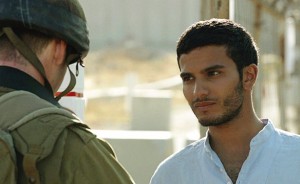 According to Deadline, FX drama pilot Tyrant has made its first two castings in Mehdi Dehbi (The Other Son) and Moran Atias (The Next Three Days). The former is set to play Abdul, a handsome man assigned to keep the main character’s son out of trouble, while the latter will portray Leila, the wife of the main character’s older brother Jamal and mother to bridegroom Ahmed.

To be directed by David Yates, Tyrant follows an American family who are drawn into the workings of a turbulent Middle Eastern nation. The series was created by Gideon Raff (Homeland), who also wrote the pilot, with Howard Gordon (24, Homeland) and Craig Wright (Dirty Sexy Money) helping to develop the fledgling drama. Should FX give it a series order, Wright would act as showrunner.

Tyrant is one of two drama pilots currently in contention at FX, as Guillermo del Toro’s The Strain is further along in its development process with principal photography set to begin in September. Thanks to the network forming FXX and being in need of programming, there’s a strong chance that both Tyrant and The Strain get series orders sometime this year. Among the places they could be slotted in are a fall 2014 spot, thanks to It’s Always Sunny in Philadelphia and The League jumping networks, and a May 2014 spot as a lead-in for Emmy favorite Louie, which would have returned this summer had Louis C.K. not needed extra time to create a fourth season.

While Dehbi doesn’t have any United States television credits to his name, only having starred as Guillaume in French romantic comedy series Septieme ciel Belgique, Atias has appeared on the likes of Starz’s series adaptation of Crash, Rules of Engagement, and White Collar.

Does Tyrant sound like what could be a great drama? Who else would you like to see cast on the show? Should both Tyrant and The Strain receive series orders?