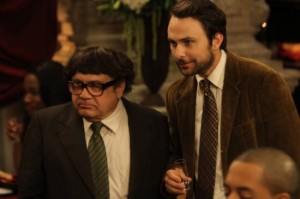 FXX has announced that It’s Always Sunny in Philadelphia, The League, and Totally Biased with W. Kamau Bell will make their season debuts on Wednesday, September 4th, two days after the network is set to launch. Sunny and The League are not only moving networks but nights, as each had aired on Thursdays since its respective inception; the former will still be airing at 10:00 with the latter following at 10:30, though. Totally Biased will then air at 11:00 and make the change from a weekly talker to a four-night-a-week series.

Set to be available in 72 million homes come September 2nd at 7:00 a.m., FXX was formed earlier this year and will concentrate on (mostly comedy) programing that specifically target the 18-34 demographic. In addition to the three mentioned, Jim Jefferies vehicle Legit will also be making the move to the network, also joining animated comedy Chozen, the first new series greenlit specifically for FXX. The network has already acquired syndication rights to the likes of Parks and Recreation, Sports Night, and Raising Hope in order to fill its airwaves and get on its feet.

FX, meanwhile, will focus on dramas aimed at the 18-49 demographic, keeping Archer, Wilfred, and Louie in its comedy stable while expanding its drama slate with the likes of The Americans and The Bridge. The network has also made plans to enter into the world of limited-run programming through potential miniseries about Puritan settlers at Plymouth, an international luxury hotel in Paris, a reunion of four forty-something friends, and bank robber Willie Sutton. They’ve already ordered one limited series in Fargo, an adaptation of the 1996 Oscar-winning Coen Brothers move of the same name.

What do you think of It’s Always Sunny in Philadelphia and The League moving to Wednesdays? Can Totally Biased adapt to its new format? Should FX have split into two different networks at this point in time?