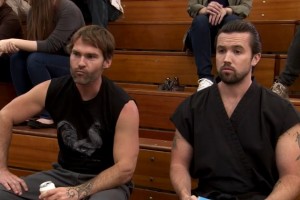 According to The Hollywood Reporter, FXX has renewed cornerstone comedy It’s Always Sunny in Philadelphia for two additional 10-episode seasons, bringing its run to a nearly unprecedented 12 seasons. The series will now be the longest-running live-action cable comedy of all time and tied with My Three Sons for the second-longest-running live-action comedy of all time, with next season set to premiere in January 2015.

“We’ve had a wonderful partnership with Rob, Charlie and Glenn and over the past 10 years. They are fantastic and prolific producers, writers and actors, and it’s great to continue to support their talents for many years to come,” said FX Networks president of original programming Eric Schrier.

Though it’s as yet unclear what the network will pair The League with this coming fall, they’ve picked up a comedy from Tracy Morgan with the intention of pairing it with It’s Always Sunny next year. There’s been no information released about the series, created by Rob McElhenney, Charlie Day, Glenn Howerton and It’s Always Sunny writer Luvh Rakhe, though it’s been confirmed as a different project than Morgan’s FX pilot Do or Die. As a result of the FXX pickup, that series is no longer in play.

The Morgan project will likely be the first FXX original series, assuming the network allows The League to air on its own in the fall. Thus far, FXX has been a refuge for wayward FX comedies, as It’s Always Sunny, The League, Wilfred, and Legit have all aired or will eventually air on the FX offshoot. What was to be FXX’s maiden voyage into original scripted content, animated comedy Chozen, wound up on FX, where it recently completed its first season. 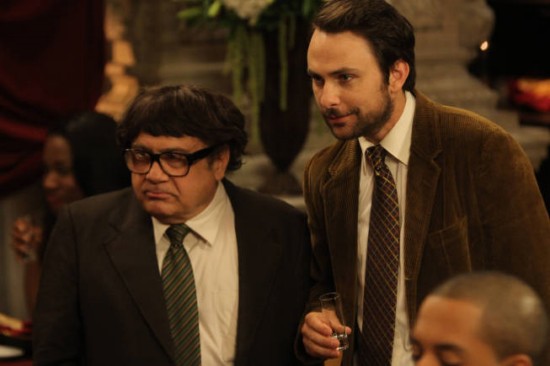