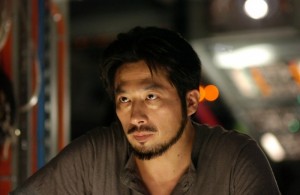 Syfy’s upcoming thriller Helix has announced three actors that will join recently announced Billy Campbell in its cast, according to The Hollywood Reporter. Hiroyuki Sanada (Lost) is set to play Horishi Hitaki, the mastermind of the Arctic base that the scientists are using for their research, while Kyra Zagorsky (Green Season) will portray Dr. Kimberly Walker, the adulterous ex-wife of Campbell’s Dr. Adam Farragut, and Mark Ghanime (One Night in Seattle) has signed on to play Balleseros, a U.S. military liaison to the CDC.

From Battlestar Galactica creator Ronald D. Moore, Helix follows a team of CDC scientists as they travel to an Arctic research facility in order to investigate a mysterious possible disease outbreak. While there, they discover that there might be more to the facility and the outbreak than they had anticipated, which could send them plummeting into a state of paranoia and claustrophobia. Can the scientists manage to keep it together long enough to figure out what it is they’re studying and how they could combat it most effectively? Or will their whereabouts, and the isolation that comes with them, prove to be too much for them to handle, causing psychological breaks and a divorce from reality?

The show will be executive produced by Moore, Lynda Obst (Contact), pilot writer Cameron Porsandeh, and Steven Maeda (The X-Files), who will act as showrunner.

In addition to his role on Lost, Sanada has appeared on Revenge as Emily’s sensi Satoshi Takeda, while Zagorsky has been seen on Motive and Ghanime portrayed Dr. Albagetti on Emily Owens, M.D.

Helix will reportedly premiere sometime in January 2014. You can check out two brief (but effectively chilling) teasers for the series, titled Open Door, Still Alive, and Decontamination, below, as well as the complete reel that aired at Comic-Con.

Will you be watching Helix? Do the teasers make you more excited for the show to premiere? Who do you think would be a good addition to the show’s cast?