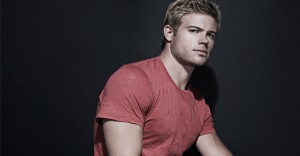 Blue Bloods
Buffy the Vampire Slayer‘s Marc Blucas has signed on to appear in one episode of the family cop drama as a movie star who goes for a ride-along with Danny to research for a role. However, his secret life gets exposed and he has to cut a deal to help with a case in exchange for Danny’s silence. (Huffington Post)

Bones
John Ratzenberger, who played Cliff on long-running NBC comedy Cheers, is set to appear in the second episode of Bones‘s ninth season as Bill Schumacher, a man at a couples retreat with his wife Ethel. (Entertainment Weekly)

Defiance
James Murray (Primeval) is set to appear as a regular on the next season of the Syfy hit as Niles Pottinger, the shrewd new mayor of Defiance who was appointed by the Earth Republic. Pottinger is described as polished, charming, ruthless, and pragmatic. (Deadline)

Drop Dead Diva
90210 alum Trevor Donovan is set to play the “worst best man ever”, as the groom ends up in a Mexican jail under his watch, on the August 11th summer finale of the Lifetime dramedy. (The Hollywood Reporter)

Elementary
Smash alum Jeremy Jordan will appear in an October episode as Joey Castoro, the son of the surgical patient who died in Watson’s care who comes back into Joan’s orbit with an unusual request. Additionally, Lynn Collins (True Blood) is set to appear on the CBS procedural as a math professor who helps Holmes and Watson in a case involving dead mathematicians. (TVLine)

Hart of Dixie
Josh Cooke has landed a recurring role as a New Yorker struggling to adjust to BlueBell. (The Hollywood Reporter)

Hawaii Five-0
In a role with the potential to recur, Tim Daly will play a Texas ranger with a missing daughter in one installment of the series, which relocates to Friday this season. (TVLine)

Marvel’s Agents of SHIELD
David Conrad is the latest to join the secretive drama from ABC in a role with no announced character details. However, due to casting notices, there’s a chance he’ll be playing a brilliant and quirky scientist. (TVLine)

Mom
Justin Long will guest star as the main character’s (played by Anna Faris) first attempt at a romantic relationship following rehab, while Octavia Spencer is set to portray a woman with bigger problems than the main character.  (TVLine)

Nashville
Oliver Hudson is set to play a “charming, audacious, take-no-prisoners businessman” who begins working at Edgehill Records on the second season of the ABC soap. There’s no word on how many episodes he’ll appear in, but the role is said to be recurring. (Vulture)

Open
Anna Torv and Jennifer Jason Leigh have signed on to the Ryan Murphy HBO drama pilot and will play a lesbian couple (a yoga instructor and an actress, respectively) dealing with outside attractions. (Deadline)

Raising Hope
Jeffrey Tambor will portray Arnold, a resident of Natesville who starts popping up in the lives of everybody in the Chance family. He joins Molly Shannon in guest starring on the comedy, heading into its fourth season this fall. (The Hollywood Reporter)

Saint George
Danny Trejo has been cast in the upcoming FX comedy as the uncle of the main character (played by George Lopez), a construction worker who serves as a drinking buddy and mirror for those around him. Additionally, the series has added Jenn Lyon and Kaden Gibson as the main character’s ex-wife and 11-year-old son, respectively. (The Hollywood Reporter; Deadline)

Sherlock
Lars Mikkelsen will play Charles Augustus Magnussen, the newest villain on the BBC/PBS crime drama. No character details have been released as of yet. (Vulture)