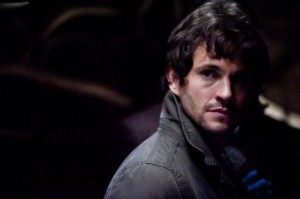 At the behest of creator Bryan Fuller, NBC has pulled next week’s episode of Hannibal. According to Variety, Fuller called the network and said that, “given the cultural climate right now in the U.S., I think we shouldn’t air the episode in its entirety.” The fourth episode of the crime thriller, titled “Coquilles”, was to feature scenes of children being brainwashed into murdering other children; reportedly, the episode’s absence shouldn’t cause continuity problems with viewers, thus allowing the network to move to episode five next week. The fourth episode will see the light of day, as it’s scheduled to run unedited for international audiences on its original air date.

Hannibal fans will get clips of the fourth episode, though, set to debut on NBC.com next week. The package will focus primarily on character development rather than gore/scares or any of the procedural elements of Hannibal, with Fuller providing voiceovers and discussing the series.

This isn’t the first (and might not be the last) episode to have its airing compromised by the tragedy in Boston. ABC flipped the order of two Castle episodes, the one originally airing Monday having a storyline based around a bomb, while Revolution was pushed back a week for the same reason. Tonight, CBS has bumped Vegas from its regularly scheduled airing to Saturdays at 8:00, giving the 9:00 slot to a special centered around the latest developments in Boston. As a result of episode four being pulled, the Hannibal season finale has moved from June 27th to June 20th.

Do you think that NBC made the right decision in pulling the episode? Should networks be more sensitive about the images they broadcast during times of tragedy? Where do you feel the line between sensitivity and censorship is?