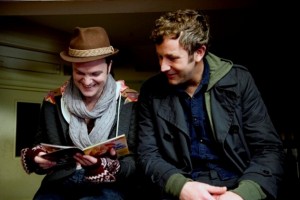 Tom Chadwick (Chris O’Dowd) is in a weird place in his life. The 30-year-old recently lost both his job and his girlfriend, which have done a number on his sense of identity on HBO’s Family Tree. Unsure of who he is or where he’s going in his life, he inherits a mysterious box of belongings from a great aunt he never met, setting him off on a quest to investigate his lineage and uncover pieces of himself that he never knew existed.

Written and created by Christopher Guest and Jim Piddock, the single-camera mockumentary is similar to Guest’s feature films, with the dialogue improvised and the storyline more strictly planned out. Additionally, half of the season taking place in England and half taking place in the United States, though as with any glimpse into one’s past, it could potentially take Tom anywhere in the world. What exactly will he discover about his family that he didn’t already know? Will he still be able to think of his family in the same way after going through this exhaustive journey to find out who he is and what they didn’t tell him about his genealogy?

Family Tree premieres this May on HBO. No concrete premiere date has been set yet, but the first season will have eight episodes and for it to end the same night as Veep, it will have to debut the first Sunday in May.

Will you be watching Family Tree this season? Does the show look like it would fit in on HBO? Should it be pairing with another night of shows rather than Game of Thrones and Veep?