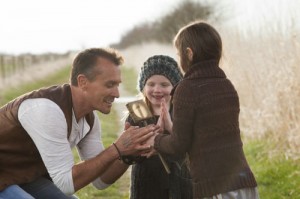 As much investigating and research as Jeff and Skye have done about Cult and Steven Rae, it’s hard to gauge how the show has influenced its audiences. They’ve seen LARPing gone wrong and heard stories about the things that the show has inspired its viewers to do, in addition to opening several fan sites that are a bit too in depth to be normal, but they don’t know how the show has spread throughout the rest of the country. Granted, their focus has thus far been on finding Nate rather than bringing down the show or exposing the increasingly dangerous fandom, but what will they think when they see that the Cult following has taken the show’s gore and action into real life?

On tonight’s episode of Cult, Jeff has a surprise visitor in Nate’s college girlfriend; she informs him of “Being Billy”, an on-campus game that has become big among Cult fans. In the game, groups of collegiates re-enact scenes from the show; however, this isn’t a monitored, safe roleplaying exercise meant to bond together people with a common interest. It’s turned deadly, with the show’s kill scenes producing at least one dead body, and Jeff and Skye have to figure out the next scene that they’ll be recreating in order to stop them and prevent further loss of life. This could be an eye-opening moment for the two, as they face the fact that, ironically, Cult isn’t negatively influencing a tiny group of people or simply those with pre-existing mental instability. It’s causing normal, healthy adults to give in to their baser instincts and perform acts of violence on one another in the name of entertainment. Is there a way for them to bring down the show before its fan base is past the point of no return?

Elsewhere on Cult, E.J. finds out that Nate’s been active online and send an e-mail to a hidden contact list, while Kelly confronts Billy and Roger continues to be chased by Kirstie.

Do you think that Nate was the one to actually send the e-mail? How creepy do you find the concept of the Being Billy game? What exactly is Kirstie looking for from Roger?