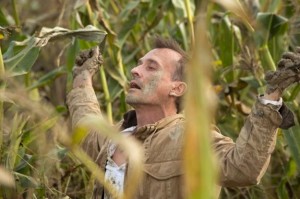 Jeff and Skye have gotten closer than ever to solving the mystery of Cult over the last few episodes, although the progress has come at the cost of their freedom, as Stuart made them and has sent the True Believers to take them out for good. Currently, the two are staying at an anonymous motel and planning their next move, now that they’ve made contact with Nate and know of the existence of the Kellian manuscript that could go a long way to explaining the messages embedded in the show. But things will be much more difficult now that they’re on Stuart’s radar and closing the investigation might prove to be deadly. Will Jeff and Skye be able to find the answers they’re so desperate for during the series finale of Cult? Or is there something lurking in the shadows, just waiting to cripple the progress they’ve already made?

Listed below are the dates, times, titles, and descriptions of the final two episodes of Cult.

Friday, July 12th – “1987” (8:00)
Stuart (guest star Jeffrey Pierce) tasks Nate (guest star James Pizzinato) with deciphering the copy of Kellian’s manuscript but Cameron (guest star Eric Lange) remains skeptical that Nate can uncover the answers about the Moon Hill parents. Nate asks Allegra (guest star Sheila Vand) to get a message to Jeff if she makes it out alive. Nate reveals to Stuart that 32 followers disappeared from Moon Hill, and gives Stuart a phone number that he found repeated in the manuscript’s code. Jeff and Skye remain in hiding from the True Believers, now that Stuart knows that they know his true identity.  Meanwhile, on the inside show, Billy (Robert Knepper) has tracked Henry (guest star Frank Cassini), the killer of Kelly (Alona Tal) and Meadow’s (guest star Shauna Johannesen) parents, and holds him captive. Kelly begins to unravel emotionally as she wrestles with unresolved feeling about her parents’ murders.

Friday, July 12th – “Executive Producer Steven Rae” (9:00 – Series Finale)
Jeff (Matt Davis) promises to help Skye (Jessica Lucas) keep looking for answers about her missing father. Nate convinces Jeff that they need to see this mystery through to its conclusion.  The Cult production team prepares to film a live scene that will air online after the show’s season finale, but only the actors know how it will end. Meanwhile, on the inside show, Kelly follows a lead on the whereabouts of her parent’s killer, Henry and tracks him to hidden catacombs. There, Billy ambushes Kelly, and taunts her to kill Henry.

Have you been watching Cult since it came back this summer? How would you like the show to end? Had the show hit and been renewed for a second season, where could the show have gone?