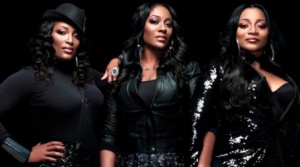 WE tv has greenlit a docu-series following R&B trio SWV as they make their return from a 15-year hiatus and attempt to repair the frayed relationships that led to their split in the first place. The series, feature six hour-long episodes, debuts in early 2014.

-ION Television has added encores of Burn Notice and White Collar to its programming slate, which includes the likes of Criminal Minds, Psych, and House. There’s no word yet on when they’ll make their channel debuts, however. While Burn Notice is currently in its final season, White Collar returns this fall.

–Person of Interest fans are in for a treat at Comic-Con, as CBS has issued nearly 40,000 limited-edition hotel keycards featuring images from the hit drama. Included are one with Reese and Fitch keeping a watchful eye and one meant as a response to people thinking that the show could be a work of fiction, given recent world events.

-Put into development at Discovery today is an untitled miniseries centering on William Wallace and Robert the Bruce, Scottish patriots who were forced to deal with King Edward I of England taking over Scotland and the discontent this produced among their people.

–Ray Donovan has become the first freshman Showtime series to see a rise in the ratings for its second episode, as it garnered a 15% increase this past Sunday. Thus far in its premiere week, the fixer drama is pacing 49 percent ahead of Homeland‘s freshman season premiere week. Meanwhile, Dexter grew from its highest-rated premiere ever, marking the first time the show has increased its numbers from a premiere to a second episode.

-Former American Idol judge Paula Abdul will guest judge on tonight’s episode of So You Think You Can Dance, which will feature the top 18 battling it out to stay in the competition.

-The entire first season of CBS drama Unforgettable has been made available on CBS.com, the CBS app, and various CBS Audience Network partner sites. The series, which stars Poppy Montgomery, returns for a second season on Sunday, July 28th.

-Syfy and Trion Worlds will be giving fans of Defiance a chance to become further involved in the show, thanks to the “Play the Game. Join the Show.” in-game contest. The ten Ark Hunters who complete the most Major Arkfall events between July 8 and July 30 will compete for a chance to have their  character written onto the show. These ten semifinalists will be fleshed out  with backstories written by the show’s writing staff, which will then be  featured on Facebook, where Defiance fans will choose their five favorites. A member of the Defiance team will then select the winner, who will appear on the show. Season two of Defiance premieres in June 2014.

-NBCUniversal is set to distribute the syndicated talk show of Meredith Viera, which will debut in the fall of 2014. The show will be taped on a set meant to resemble her home and feature a mix of feel-good human interest stories, celebrities guests with stories to tell, and various lifestyle segments.

-Jenna Elfman has officially been cast in NBC’s Growing Up Fisher (formerly The Family Guide), taking over for Parker Posey. The show will premiere this midseason.

-Esquire Network has released an extended look at The Getaway, a new original series that explores the world’s greatest cities through the eyes  of a revolving cast of travel-loving celebrities. Here’s who to expect during the first season and where they’ll be going: