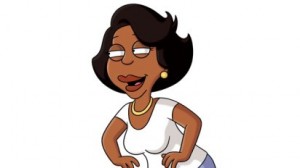 Is there going to be a new resident in the Brown-Tubbs household in nine months?

On the next episode of The Cleveland Show, titled “A Vas Deferens Between Men & Women,” Donna is feeling pressure from turning 42 and the ticking of her biological clock has only gotten louder. As a result, she decides that she wants to have another baby, her third and first with Cleveland. The two have been married for a few years now and part of Donna could be wanting to make their family “complete” by producing a child; their blended family has, for the most part, worked out, but it’s another thing entirely to throw a new baby into the mix. Is her relationship with Cleveland strong enough at this point to handle the stress of a fourth child?

However, there’s one major flaw in her plan to revisit the joys of new motherhood. Six months ago, Cleveland got a vasectomy thanks to a drunken game of truth or dare with Holt, Tim, and Lester and didn’t know about it until they filled him in on it. Of course, a vasectomy can be reversed, but Cleveland doesn’t want to tell Donna that he got one without talking to her first, particularly if he gets to enjoy the spoils of trying for a baby without the threat of actually having a baby.

He can’t outsmart Donna for too long and once she finds out that he had been lying to her about the vasectomy, she decides to pay him back by pretending to be pregnant.

Elsewhere on The Cleveland Show, Rallo lands the lead role in the Stoolbend Community Theater production of “Annie.”

The Cleveland Show airs Sunday at 7:30 on FOX. Additionally, the episode will feature a guest voice from Emmy winner Bryan Cranston.

Should Cleveland and Donna have another baby? What will finally force Cleveland to tell her about the drunken vasectomy? Are you ready to see Rallo performing the lead role in “Annie”? 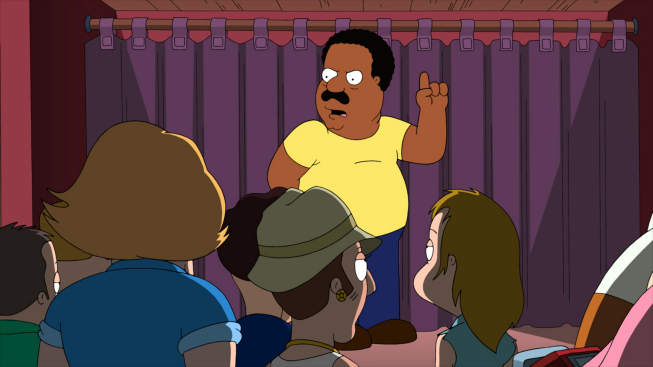