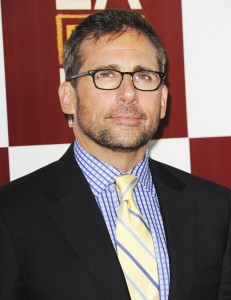 Fox has given the go to Slide Show, a celebrity-driven unscripted comedy from Steve Carell and producer Shine America.

The network has eight episodes of the comedy, which is based on an international format known as “Anything Goes.”  The series pits celebrities and comedians against each other as they tackle challenges including song and dance, and sketches.  The celebrities must face-off while at the same time navigating the show”s set itself – which just so happens to be tilted at a 22.5 degree angle.

“Slide Show is the most ridiculously fun and out-there thing I’ve seen in quite a while,” said Fox”s Chairman of Entertainment, Kevin Reilly.  “Steve Carell knows a thing or two about big laughs and I am really happy to be working with Steve again, and the team at Shine, to bring Slide Show to Fox.”

Said Carell: “Comedy is subjective. But if you don’t find Slide Show to be funny and enormously entertaining, then you will never be my friend.”

The format premiered in France in January of 2012, averaged nearly a 40% audience share, and has sinced traveled to Denmark, Portugal, and Australia.