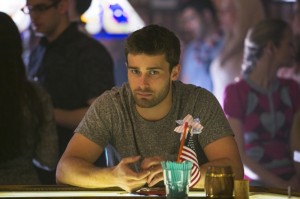 Despite mounting evidence of Frederick’s possible role in the recent East End murders, Joanna is choosing to stand by her son and believe that, while he might have betrayed the family in the past, he’s realized the error of his ways. Joanna has put all of her faith in Frederick’s return being a wholly good thing, that it would give her the opportunity to make up for the years they’d lost due to strife in Asgard and the powerful influence of the king. However, not allowing for the possibility that Frederick is behind the murders or that he’s come home under less than ideal circumstances puts the entire Beauchamp family in danger.

On the next episode of Witches of East End, several of Frederick’s old friends pay East End a visit while looking for the key to the portal. There’s a possibility that they’re soldiers sent from Asgard, with the king desperate to retrieve the key that Wendy chopped from his arm and return to this world to exact his vengeance on his family, and that Joanna’s reticence to believe anything negative about Frederick has caused the Beauchamps to be left without any means of protection. With Victor already in captivity, potentially by the same group who’ve made it through the portal, Joanna and Wendy will have to lead their girls into this conflict and hope that Ingrid and Freya have picked up enough magic on the fly to drive back Frederick’s friends and keep their family unit in tact. But when the Beauchamps emerge from this latest battle, will Joanna change her tune regarding Frederick?

Elsewhere on Witches of East End, Dash and Killian receive their inheritance, while Wendy and Tommy go through a disastrous series of meetings.

Do you think the Beauchamps will be able to fend off Frederick’s friends? Is Frederick’s association with these people another piece of evidence that points toward his motive in coming home being less than innocent? How will Dash and Killian choose to spend the inheritance they receive from Penelope’s death?