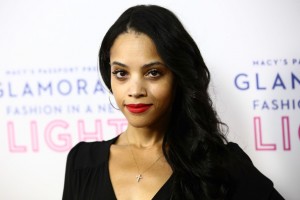 TVLine is reporting that a pair of former Buffy the Vampire Slayer co-stars will be stopping by Lifetime’s Witches of East End. Bianca Lawson will be recurring as a mysterious woman named Eva, who has a connection to Killian, while James Marsters is set to guest star as Tarkoff, an old family friend of Joanna’s who reemerges after some time away.

It seems possible that Eva comes into Killian’s life after he leaves East End, potentially once he realizes his new powers, while Tarkoff’s appearance could coincide with the portal to Asgard opening. Not necessarily that he’ll jump through from Asgard and into this realm, but that he’ll learn about (or sense) the opening of the portal and come to Joanna’s aide. He knows that the Beauchamp family barely escaped their homeland, so if the portal is open, there’s a chance that they’ll need protection from whoever has the most motivation to cross over, hence his sudden reappearance. But could Tarkoff have more sinister reasons for showing up after the portal opened back up?

In addition to their time on the vaunted WB drama, Lawson has appeared on the likes of Pretty Little Liars, Teen Wolf, and The Vampire Diaries, while Marsters’ television credits include Warehouse 13, Metal Hurlant Chronicles, and Smallville.

Will you be watching the second season of Witches of East End? What type of connection do you think Eva has with Killian? How will Joanna react to Tarkoff reappearing after such a long time apart?