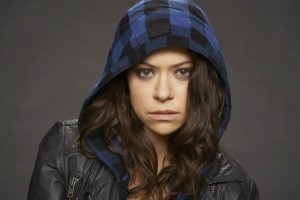 Sarah has always been the clone with the most resistance to the idea of surrendering to Dyad. While Cosima took a position with the institute, mostly to figure out her own illness and better understand the genetic makeup of the clones, Allison very quickly signed the contracts offered by Rachel; Sarah, though, has held on to the idea that the clones, despite the bar code embedded into their DNA, are their own autonomous beings and that Dyad has no right to them. However, with Allison gone and Cosima ill, it’s hard for Sarah to be properly rebellious, not when she knows that Dyad could conceivably help the latter sustain herself and give the former the sense of normalcy that she’s been craving. But if Sarah surrenders to the shadowy institute, what price will she end up paying in the end?

Listed below are the dates, titles, and descriptions of the next three episodes of Orphan Black.

Saturday, May 31st – “Knowledge of Causes and Secret Motion of Things”
A rehab confidante betrays Alison and threatens to expose the truth about Aynsley’s death, which causes Alison to go into a free fall on the eve of Family Day. The clones gather to contain the fallout.

Saturday, June 7th – “Variable and Full of Perturbation”
A new player in the clone conspiracy emerges and turns up at Felix’s door, which sends him into crisis mode. Meanwhile, Sarah struggles with whether to surrender a crucial piece of leverage and strike a deal with Dyad.

Saturday, June 14th – “Things Which Have Never Yet Been Done”
Sarah is forced to concede when Rachel launches her latest ploy, but the Clone Club springs into action to save her. Later, Sarah meets a new ally and uncovers a terrifying new dimension to the conspiracy.

How do you think Allison will recover from this latest setback? Should Sarah surrender her leverage against Dyad and strike a deal? What type of new dimension to the clone conspiracy will be discovered?