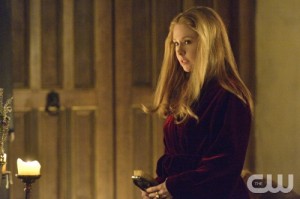 Lola needs for the proposal from Julien to be sincere so that she can avoid becoming property of French court and be able to raise her baby on her own. While Julien seemed to be a pretty solid match for the young Scot, charming her with skating trips and the knowledge that he doesn’t care about the pregnancy, Lola has so far been looking over any of the more questionable aspects of his character. She cannot afford to be picky right now, not when her fate and the fate of her child are at stake, but it’s hard to completely compartmentalize Julien’s cryptic references to his own past or the fact that two of his wives have died “during child birth.” Even though Lola needs Julien to be legitimate so that she can have something resembling a happy life, should she pull away from him and begin looking for another suitor due to the doubts she has?

Thursday, April 24th – “Toy Soldiers”
When Mary’s uncle, the Duke of Guise (guest star Gil Darnell), arrives in France with devastating news about her mother, Mary and Francis realize they are torn between putting their own countries first or saving their marriage. With the English throne in jeopardy, King Henry hatches an elaborate plan that will end in disaster. Meanwhile, Bash (Torrance Coombs) and Kenna (Caitlin Stasey) solidify their marriage and begin to trust one another.

Thursday, May 1st – “Higher Ground”
Mary enlists a mercenary to help her, which forces her to realize there are sacrifices and lives she is willing to risk to save her country. Francis embraces his role as Dauphin to lead France in a brutal battle against England, and finds a new ally in Leith (guest star Jonathan Keltz). Meanwhile, as Lola grows closer to Lord Julien (guest star Giacomo Gianniotti), she gets increasingly suspicious that he is going to betray her.