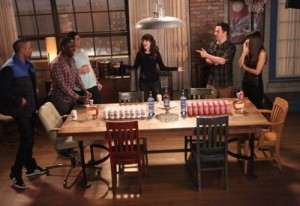 FOX has confirmed its 2013-2014 season finale dates, which begin April 28th with the conclusion of the second season of The Following. Of note is the Sunday lineup ending on the same night rather than having their finales staggered, while American Idol‘s finale gets pushed forward a day in order to conclude on the last night of May sweeps. The latest FOX finale this season is miniseries Cosmos, which will extend into June.

However, it’s not all good news, as finale dates for both Rake and Enlisted have yet to be confirmed, not a positive sign for their future on the network. While Hell’s Kitchen will air into the summer, its finale date also currently unknown, Brooklyn Nine-Nine is set to conclude its first season on March 25th and the one-hour series finale of Raising Hope will premiere Friday, April 4th.