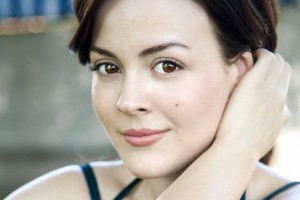 Deadline is reporting that Azure Parsons (Salem) will co-star on upcoming ABC summer drama Astronaut Wives Club. She’s set to portray Annie Glenn, the wife of John Glenn whom she’s known since they were toddlers in Ohio.

Developed for television by Stephanie Savage (Gossip Girl) and adapted from Lily Koppel’s novel of the same name, Astronaut Wives Club follows a group of women bonded by the dangerous profession of their husbands. They soon realize that despite whatever personal differences that may exist between them, they must be there for one another if they each hope to survive life in the media spotlight and the possibility of losing their loved ones in the international space race.

In addition to her upcoming role on the WGN America genre drama, Parsons has appeared on the likes of True Detective, Death Valley, and Castle. She’s the second person to officially join the cast, following the addition of JoAnna Garcia Swisher (Reba, Once Upon a Time) as folksy Betty.

Astronaut Wives Club is set to premiere sometime this summer on ABC. The show will be one of several scripted series for ABC this summer, as it joins a lineup that includes Mistresses, Motive, and Rookie Blue. There’s no indication of whether ABC will pair the show with another scripted drama, if it will have an unscripted partner, or if it will be airing on its own, though the second option seems most likely since Mistresses airs along with The Bachelorette and Motive and Rookie Blue were aired together last summer.

Will you be watching Astronaut Wives Club? What do you think about the casting of Parsons as Annie Glenn? Who else would you like to see join the project?