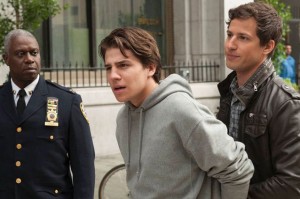 NBC has announced the nominees for the 2014 American Comedy Awards, purported to be the only awards show in which the winners are determined through a combination of fan voting and voting among entertainment industry professionals. Nominations this year were determined by a panel of 860 working professionals from the comedy community, with achievements in the fields of film, television, and stand-up recognized.

On the television side, Parks and Recreation led all series with six nominations, while Key & Peele and Modern Family earned five nods apiece. It was an especially strong day for network comedy, with Golden Globe winner Brooklyn Nine-Nine and venerable sketch series Saturday Night Live also reaping several nominations for their trouble, while Veep was the only premium cable comedy to make a splash with three nominations.