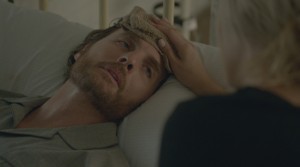 With the Pack having lost two of its members recently in Pete and Antonio, it’s more vital than ever that the rest of them stick together. The Pack has always been able to lean on one another and protect the interests and safety of their fellow wolf when necessary, but if they don’t band together and hit back against the Mutts, they’re going to appear weak and invite further attack, with the next one potentially being the finishing blow to the current werewolf social structure. In order to keep the Pack together, Clay and Elena are going to have to take care of Jeremy’s poisonous wound and extract important information from Kane, information that the Mutt leader has no intention of giving up.

On the next episode of Bitten, Clay has begun trying to glean the location of the Mutts from Kane while holding the latter in the basement at Stonehaven. Elena may be the Pack’s strongest tracker, but they don’t have the time necessary for her to use scent to find the Mutts, especially when the Mutts know that the Pack is going to be coming after them. Ergo, Clay gets to indulge in his baser instincts by torturing Kane in hopes of forcing out the location of the Mutts, only Kane didn’t rise through the Mutt ranks for nothing. It’s not going to be a quick-and-dry type of operation where Kane gives up easily and the Pack has a decent cushion of time with which to play. Bending Kane to his will is going to take some effort and, more importantly, some time, time which Clay is in short supply of due to Jeremy’s injury.

Elsewhere on Bitten, Elena sets off to find the girl who stabbed Jeremy, while a werewolf wannabe pops up on the Pack’s radar.

Will Clay and Elena be able to cure Jeremy? How would the Pack survive without its Alpha? Can Clay make Kane give up the location of the Mutts?