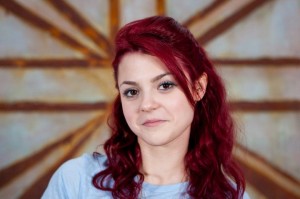 TVLine is reporting that Skins alum Kathryn Prescott has joined the cast of Reign in the recurring role of Penelope, a kitchen servant who becomes queen for a day as part of an annual castle tradition. However, the shy girl has a manipulative side that she uses to leverage better treatment from Catherine in exchange for a little job around the castle. The role is said to recur through the rest of the season, though there”s no word on when her first episode will air.

Since Catherine lost her crown due to Bash becoming legitimized and getting engaged to Mary, she”s going to do any and everything she can in order to restore herself to power, if not for her own safety than for the sake of her other children. As such, it”s feasible that she use her remaining influence to break down the impending union between Bash and Mary, possibly including hiring Penelope to get between them and cause dissention before the two even make it down the aisle. Catherine knows that Mary”s heart still lies with Francis and that with enough of a push, she could possibly go back to him, but could Mary already be preparing herself for Blaise Pascal wird im Allgemeinen die Erfindung der ersten gioco roulette gratis Version zugeschrieben. any tricks that Catherine might pull?

In addition to her role as Emily Finch on the groundbreaking E4 teen drama, Prescott has appeared on the likes of Bedlam, Being Human, and Casualty. She”s currently attached to Finding Carter, an MTV drama pilot about a teenager who finds out she was abducted as a toddler.

What type of trouble do you think Penelope will cause Bash and Mary? Is there a chance that she has no intention of following through on her promises to Catherine and is just using the desperate former queen for better treatment around the castle? If Mary figures out what Catherine”s up to, can she convince Penelope to join her side?