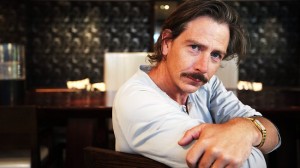 According to The Hollywood Reporter, Ben Mendelsohn (The Dark Knight Rises) has signed on for a series regular role on Netflix’s upcoming family thriller, which was created by the team behind Damages (Todd A. Kessler, Daniel Zelman, and Glenn Kessler). He’ll reportedly be playing Danny, the black sheep of the family whose return to the lives of his loved ones causes secrets and scars to come to light.

2014 is gearing up to be an important year for Netflix, as they hope to solidify the success they had with their 2013 scripted projects with second seasons from House of Cards, Orange is the New Black, and Hemlock Grove while introducing new projects like this one and Sense8 from the Wachowskis. The streaming service, which doesn’t publicly release its viewing figures, managed to work its way into several awards races over the past year and found its programming well-represented on year-end top 10 lists, but there’s always a risk that the curiosity and excitement that surrounded its breakthrough last year will give way to disappointment this year, either for a second-year cancellation or a new project that fails to get off the ground. Thus far, though, the upcoming family thriller, with an increasingly impressive pedigree, looks to be the type of show built for binge watching.

In addition to his role in the Christopher Nolan blockbuster, Mendelsohn has appeared on the likes of Tangle, Love My Way, and The Secret Life of Us. He’s the second person to join the cast of the series, still untitled, following the casting of Kyle Chandler as John, the caretaking middle child of the family.

Production on the series is set to begin this March in Florida. A title and additional casting should be announced within the next month.

Does this sound like a project you would subscribe to Netflix for? Who else would you like to see join the show’s fictional family? What type of projects should Netflix tackle next?