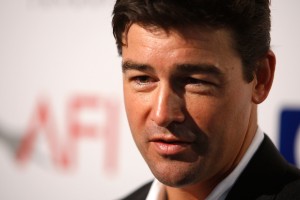 Deadline is reporting that Friday Night Lights star Kyle Chandler has been cast in Netflix’s 13-episode psychological thriller from Damages creators Todd A. Kessler, Daniel Zelman, and Glenn Kessler. The series, which hasn’t had its title revealed, tells the story of a family of adult siblings whose secrets and scars are revealed when the black sheep oldest brother returns home. The first actor cast for the project, Chandler will be playing the married middle brother of the family, a character who was reportedly modeled after him. Production is set to begin in mid-March.

It’s another big get for Netflix as they look to continue the tremendous momentum that they generated in 2013 with their scripted originals. While House of Cards and Orange is the New Black have garnered the service attention from awards bodies and TV critics, each of Netflix’s scripted originals that premiered in 2013 was given a renewal, with 2014 bringing both the Kessler project that Chandler signed on to and Sense8, a sci-fi series from Lana and Andy Wachowski.

In addition to his Emmy-winning role as Coach Eric Taylor on the acclaimed NBC/DirecTV drama, Chandler has appeared on the likes of Early Edition, Grey’s Anatomy, and The Lyon’s Den. He was previously attached to Showtime pilot The Vatican, where he would have played the Archbishop of New York, but the network declined to pick up the drama, both due to behind the scenes turmoil and the fact that the premise seemed tired with the naming of the new pope.

Netflix will next be unveiling the second season of House of Cards on Friday, February 14th.

Who do you think should surround Chandler in the cast? Does the show sound like something you would watch? What other prolific actors will Netflix be able to wrangle for its upcoming wave of original productions?