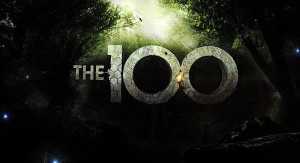 The CW has released new trailers for upcoming midseason series The 100, a post apocalyptic drama, and Star-Crossed, a fantasy romance.

From creator Jason Rothenberg (Body Politic) and based on the Kass Morgan novel, The 100 tells the story of a world nearly 100 years removed from nuclear Armageddon. The only survivors of the disaster were those in a series of 12 international space stations, who inherited the responsibility of keeping the human race alive while working toward making Earth inhabitable again. With resources becoming scarcer, those in charge decide to send 100 juvenile delinquents to the ground as a way of testing the condition of Earth, but what they find about the place they long to call home may turn out to be surprising. The series stars Eliza Taylor (Neighbours), Bob Morley (Home and Away), Marie Avgeropoulos (Cult), Henry Ian Cusick (Lost), and Paige Turco (Person of Interest).

Starring Matt Lanter (90210) and Aimee Teegarden (Friday Night Lights), Star-Crossed follows Emery and Roman, a teenage human female and alien male who have a brief encounter as children. They find their way back to one another when Roman becomes a part of a program meant to assimilate aliens into human society, only humans aren’t receptive to the controlled introduction of aliens and soon, Roman and the eight others who populate the high school are in danger. In addition to Lanter and Teegarden, Star-Crossed stars Grey Damon (Twisted), Malese Jow (The Social Network), Brina Palencia (Upstream Color), Greg Finley (The Secret Life of the American Teenager), and Titus Makin Jr (A Cinderella Story: Once Upon a Song).

The 100 premieres Wednesday, March 19th at 9:00, with the first three episodes repeating Tuesdays at 9:00 beginning March 25th, while Star-Crossed is set to debut Monday, February 17th at 8:00.

Will you be watching either The 100 or Star-Crossed? Do you think that The 100 can hit, considering the popularity of The Hunger Games? Based on the trailers, how much chemistry do you think Matt Lanter and Aimee Teegarden have?