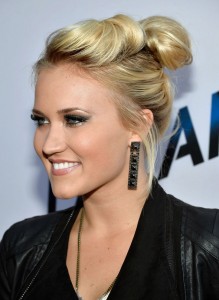 ABC Family has picked two comedy pilots up to series in Mystery Girls and Young & Hungry. The prior reunites Tori Spelling and Jennie Garth on television for the first time since Beverly Hills, 90210 concluded in 2000; they’ll be playing two former co-stars of a detective series who are dragged into the middle of a real-life mystery. The latter, meanwhile, features Emily Osment as a food blogger who becomes the personal chef to a tech entrepreneur.

“We are excited to expand our comedy brand with two new series that build on our already solid comedy block of hits, Melissa & Joey and Baby Daddy. Viewers are excited to see Tori Spelling and Jennie Garth back on television together again, and will fall in love with Young & Hungry star Emily Osment in these comedies that bring us fun, new characters with which to laugh out loud.” said Kate Juergens, Chief Creative Officer and Executive Vice President of Programming and Development, ABC Family.

The comedies join Melissa & Joey, which was recently renewed through its 100th episode, and Baby Daddy in ABC Family’s promising roster of comedies, with a summer premiere seemingly likely for the two multi-cams. It’s unclear how the network will be airing each series, though, as the options are to either expand into the 9:00 hour on Wednesday nights, an hour that has been difficult for ABC Family to find footing in, or move comedies into Thursdays, a night they haven’t had original scripted programming on.

In addition to Spelling and Garth, Mystery Girls will star Miguel Pinzon, while Young & Hungry features the likes of Jonathan Sadowski, Rex Lee, and Kym Whitley.

Will you be watching either Mystery Girls or Young & Hungry? Do you think that either sound like potential successes for ABC Family? What type of comedies would you like to see the network go after in the future?