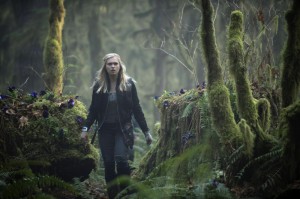 The Futon Critic has confirmed several scheduling moves from The CW following the release of the network’s midseason plans earlier this month. Most notably, post-apocalyptic drama The 100 will be having its first three episodes repeated on Tuesdays beginning March 25th at 9:00. Fellow new midseason drama Star-Crossed will have one of its own episodes repeated, though it will just be the pilot following a Tuesday encore of The Vampire Diaries. In fact, much of the moves the network confirmed had to do with how they were planning on doling out their encores, as Supernatural, The Originals, and The Vampire Diaries are all being dispatched to different nights than they regularly air in order to keep the schedule afloat through the premieres of The 100 and Star-Crossed.

In addition to the schedule juggling of established hits, the network will be showing the broadcast premiere of sci-fi flick Attack the Block twice in February, while Whose Line is It Anyway? moves into its Friday night timeslot a few weeks early with repeats scheduled to air with The Originals and one-hour special Colin & Brad: Two Man Group.

The series premiere of The 100 is set to air Wednesday, March 19th at 9:00 on The CW, with Star-Crossed premiering Monday, March 17th at 8:00. You can check out the rest of The CW’s midseason moves here.

Will you be watching either The 100 or Star-Crossed? Do you think that the extra showings of certain episodes will help the shows survive? Which CW shows are the most likely to be cancelled?