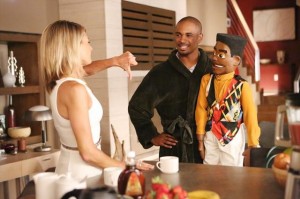 VH1 has announced that they’ve acquired all 57 episodes of Happy Endings and will begin airing them Tuesday, December 31st at 8:00 in a series-long marathon. The critically acclaimed comedy, which was canceled this past May after three seasons, will then settle into a new home of Wednesdays 7:00-9:00 beginning January 8th. Episodes of the series will also be available on the network’s TV Everywhere platforms and the VH1 app.

“Happy Endings is one of our favorite network series, and we consider ourselves lucky to be able to add it to the VH1 line-up. The show’s authentic voice, memorable characters, and smart humor really stands out, and we’re really pleased to be able to provide new platforms for viewers to enjoy it over and over. Lots of times,” stated Ben Zurier, Executive Vice President, Programming, VH1.

It’s an unexpected development for the cult comedy, both in terms of finding a network for syndication and that network being VH1. The show dropped so precipitously in the ratings during its third season and ended up with few enough episodes to where syndication didn’t look as likely, but with VH1 in the market for scripted content and looking to expand beyond the nighttime soaps they’ve created, it seems like a fairly decent fit; VH1 has a decidedly female-skewing audience that could take to the rhythms, pop culture knowledge, and humor of Happy Endings and the show gets to be exposed to an audience who might not have watched it while it was on ABC. VH1 gets to dip its toe in the comedy arena without making the huge investment of developing something scripted on its own and if Happy Endings does well enough, the network could even build a comedy mini-bloc out of the show.

Do you think that Happy Endings will flourish in syndication? Are you surprised that the show got a syndication deal more than six months after being cancelled and far short of the traditional 88-episode benchmark? Would the show doing well for VH1 influence the network to pursue more scripted content?