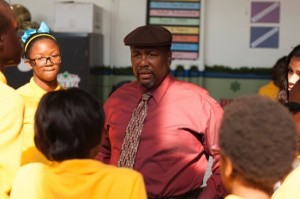 Annie has been one of the major success stories of Treme, as she’s risen from hard-working street musician to regionally successful recording artist with a record deal and a small yet loyal fan base. It’s not always been easy for her and she’s had to make sacrifices to get where she’s gotten, but in the end, the music is what sustains her, the moment she hits the stage validating all the trouble that came before it. However, thus far, she’s been able to do things her way and on her terms; while that may be admirable on some level, it has a lower ceiling on how far she can go and how much impact she can make on the music industry. Is now the time for Annie to cut her band loose and try to take herself to the next level?

On tonight’s episode of Treme, Annie wins a song of the year award for “This City” and Marvin again broaches the topic of her working with the Nashville studio musicians that he previously suggested. That’s not the way that she wanted to move to the next level of her career, not after her band has been as loyal to her as they have, but if she wants to make real noise in the industry, it’s something she might have to seriously consider. While she could make a pretty decent living as a touring act in Louisiana, she’s already seemed to reach the apex of what she can do there and in order to keep growing as a musician, a move outside of the state might be her only option at this point. But will Annie sacrifice fulfilling her potential in order to avoid having to be the one to end her relationship with the band?

Elsewhere on Treme, Albert gets bad news about his cancer, while Delmond plays with Terence Blanchard in New York and violence hits one of Antoine’s students.

Should Annie agree to work with the studio musicians in Nashville? How will Antoine respond to this latest incident? Is this the moment when Albert gives up and accepts his fate?