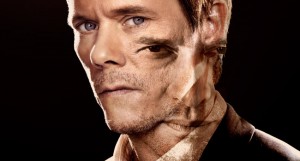 For the third time in six weeks, FOX has announced a series of scheduling changes that it hopes will put itself in better position come midseason. The network confirmed that controversial multi-cam Dads will not be having 22 episodes during its first season. Instead, the Seth MacFarlane comedy is slated for 19 installments during its inaugural season, something of a cancellation harbinger as rare is the renewal of a freshman series that has a truncated first season. Dads is set to go on hiatus with The Mindy Project come February, but most tellingly, the latter has a return date and Dads doesn’t as of yet.

The other change comes on Mondays, where Sleepy Hollow will now be having a two-hour season finale on Monday, January 20th. Originally, the show was scheduled to end its season at 8:00 on the same night and lead into the second episode of The Following‘s second season. Instead, the two shows will not be airing together this season, as The Following will now have its season premiere after the NFC Championship Game on Sunday, January 19th as expected and follow that up with its second episode on Monday, January 27th at 9:00.

Not airing the second episode of The Following the day after the season premiere seems like a counterproductive move on FOX’s part. While Almost Human‘s ratings tumble last month when the same strategy was employed could have caused them to have cold feet, it seems pointless to have a special airing behind what will be one of the highest rated broadcasts of your season and not try to capitalize on that momentum. Ratings will of course go down from the first airing to the second anyway, but The Following had a season to establish a fan base and became one of FOX’s top scripted shows as a result; it doesn’t face the same danger of collapsing that Almost Human did and likely would have had a mutually beneficial partnership with Sleepy Hollow. which would have helped make up some of the slippage that it would have suffered. This way, though, any positive impact that could have been felt from the NFL exposure will be gone by the time the second episode airs.