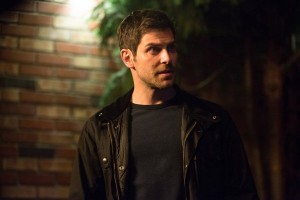 Now that Juliette knows about who Nick is and what the responsibilities he has to the name of his family and the Wesen community are, she could possibly become an asset to the group that has been aiding him in his quest to become a truly great Grimm. Her knowledge of animals, in terms of anatomy, behavior, and diseases, is something that could save Nick a lot of time, considering that most Wesen have some sort of zoological root to their identity. Additionally, she’s fluent in languages that other members of the group aren’t, so while Nick hasn’t come across many people he hasn’t been able to communicate with, he can never be too careful as far as having someone to help him with victims or people associated with a crime.

On the next episode of Grimm, a string of vigilante-like killings have occurred in Portland recently, killings that have brought whispers that old Spanish legend El Cucuy has come to town. To get more information on the legend, Nick and Juliette track down Pilar, the woman who helped them with the La Llorona case from last season, and learn how the women in her neighborhood in Guadalajara called out to El Cucuy in hopes of getting rid of the evil men that lived among them. El Cucuy, she says, hears the cries of those experiencing sorrow; if enough of them say its name, it arises and hunts down those who its callers want rid of. However, the answer as to how they can defeat El Cucuy and send it back to where it was before it came to Portland likely lies not with Pilar but within the pages of the book in Aunt Marie’s trailer.

Elsewhere on Grimm, Juliette finds out about Nick’s mother and Adalind has a scare during her ultrasound.

How will Nick and company defeat El Cucuy? What will Adalind see in her ultrasound that scares her? Is Juliette going to be able to handle the truth about Nick’s mother?