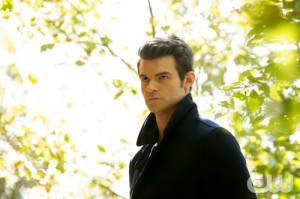 Klaus Mikaelson hasn’t exactly spent his thousand years on this Earth documenting everything he’s seen, heard, and felt, so in a weird way, it makes sense that he wants Cami to dictate his memoirs. He’s come across a lot in his days and even though he’s immortal, having a physical copy of his perspective on life throughout the centuries could be important, especially once his child comes along. Klaus will want to have something for the child to read that will help them understand who their father actually was and the type of family that they’ve been born into, but is Cami going to be the only person he spills his sins to?

On the next episode of The Originals, Klaus opens up to Marcel about past indiscretions, a far cry from the antagonistic relationship they’ve had since Klaus arrived back in town. While it remains possible that Klaus is simply drunk on power and feeling unthreatened now that he’s seized the keys to the kingdom once again, this could also be a genuine reaching out to a former friend, seeing as how he’s already banished Elijah and Rebekah from his life; Klaus knows that he needs people in his life and with Marcel now subservient to him, the new King of New Orleans is suddenly in the mood for friendship and bonding. However, another possibility for Klaus’ motivations is that he wants to remind Marcel who he’s dealing with and all the pain, heartache, and death that he’s created in his millennial existence, a way to make sure that his former friend doesn’t begin plotting ways in which to reclaim the throne he held for the last century.

Elsewhere on The Originals, Cami tries to make sense of the message she decoded, while the human faction of New Orleans rises up against the vampires and Hayley turns to Rebekah and Elijah when she learns of a plan to harm the werewolves.

The Originals airs Tuesday at 8:00 on The CW.

What do you think Cami and Marcel will learn about Klaus’ past? How much damage will the humans of New Orleans do against the vampires? Will Hayley, Rebekah, and Elijah be able to stop Klaus’ plan to harm the wolves of the bayou?