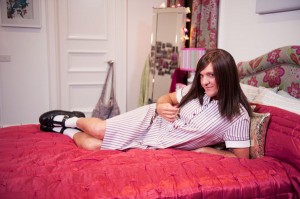 HBO has made the full series premieres of new comedies Getting On and Ja’mie: Private School Girl available on its Youtube channel following their television premieres on Sunday night.

Based on the British series of the same name, Getting On stars Laurie Metcalf (Roseanne), Alex Borstein (Family Guy), and Niecy Nash (Reno 911) as employees at a women’s extended-care unit of a Long Beach hospital. The series, created by Big Love’s Mark Olsen and Will Scheffer, follows the doctors and nurses at the facility as they deal with the difficulties that come with caring for the elderly, the complex emotional situations they’re often put in, and the realities of the United States health care system. In addition to Metcalf, Borstein, and Nash, Getting On stars Mel Rodriguez, Molly Shannon, and Harry Dean Stanton.

From Chris Lilley (Summer Heights High, Angry Boys), Ja’mie: Private School Girl follows Ja’mie King as she navigates her final months at Hillford Girls Grammar. While this is a time of fraught emotions and anxiety toward the future for many of her peers, Ja’mie is focusing on winning the Hillford medal for Best Girl in Year 12, a way of solidifying her legacy at school and giving those around her one final reminder who the real queen bee of this year was. In addition to Lilley, Ja’mie: Private School Girl stars Jhyll Teplin, Brad Brivik, and Monique Max.

Getting On airs Sundays at 10:00 on HBO, with Ja’mie: Private School Girl following at 10:30. Both will be airing for six episodes and will be joined by the final season of Treme beginning next week.

Will you be watching either Getting On or Ja’mie: Private School Girl? Do you like pay cable networks making the first episodes of each new series available to watch? Is getting to see the first episode for free good incentive to subscribe to an HBO, a Showtime, or a Starz?