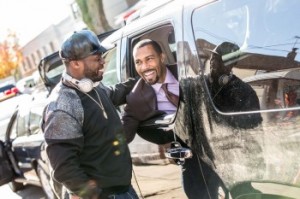 Upcoming Starz crime drama Power has officially kicked off production on its eight-episode first season in New York, filming in and around the city’s five boroughs. Additionally, the cast has grown by three with the introduction of Elizabeth Rohm as Cynthia, working with a nightclub owner to host a blowout for her boss at Vogue; J.R. Ramirez as Julio, second-in-command to Tommy (Joseph Sikora); and series executive producer Curtis “50 Cent” Jackson as Kanan, an old friend of the main character.

Created by The Good Wife writer Courtney Kemp Agboh, Power follows James “Ghost” St. Patrick (Omari Hardwick), a handsome, successful nightclub owner who wants to use the power and capital he’s acquired from his club to build an empire for himself and his wife Tasha (Naturi Naughton). However, the dream of a comfortable life and one day owning a Fortune 500 company is farther away than anyone knows, as Ghost is living a double life that prevents him from being all that he can be. Specifically, he’s the kingpin of the most lucrative drug network in New York, the man whom many livelihoods depend on. As such, getting out of the criminal life that he’s been in isn’t going to be easy and will threaten his marriage, business, and family in the process.

Will you be watching Power? Do you think that Ghost will ever be able to leave the life that he created for himself? How will those in Ghost’s life react to learning that he’s involved in something no one would expected him to be involved in?