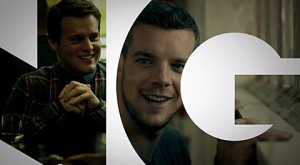 HBO has released the first trailer for upcoming dramedy Looking, which stars Jonathan Groff (Boss), Murray Bartlett (All My Children), and Frankie J. Alvarez (Smash) as three friends living in San Francisco and dealing with what life is like for gay men in 2013. Created by Michael Lannan and based on short film Lorimer, Looking will be executive produced by Sarah Condon (Bored to Death) and Weekend director Andrew Haigh, who is set to helm the first episode of the series.

Looking looks like a more conducive pairing with Girls than Enlightened was, though it remains to be seen if it receives the same amount of critical acclaim and buzz that the Mike White comedy did during its second season. The show will get a certain amount of glimpses and press coverage due to its subject matter, since LGBT characters tend to be supporting even in 2013, and online casinos if it has the quality to keep people interested, it could very well be HBO”s next water-cooler series. It might be not the awards magnet that Girls and Veep are due to said subject matter, a fate that befell Queer as Folk and The L Word, but those shows lasted a combined 11 seasons due to appealing to a community that was underserved in terms of television representation. With the number of LGBT characters declining from last season to this season, now may be the right time for a show like Looking to premiere.

In addition to Groff, Bartlett, and Alvarez, the first season of Looking is set to feature guest appearances from Scott Bakula (Quantum Leap) and Russell Tovey (Him & Her).

The series premiere of Looking is set to air Sunday, January 19th at 10:30 on HBO. You can check out a teaser for the series here, as well as HBO”s winter 2014 premiere dates here.

Will you be watching Looking? Does the first new footage from the series look promising? What are you hoping to see from the first season?