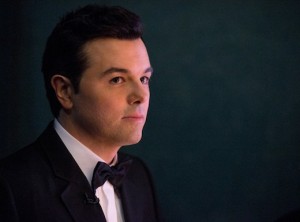 FOX has given animated comedy Bordertown a 13-episode order for next season. The series, created by Mark Hentemann and executive produced by Seth MacFarlane, takes place in a town near the Mexican border and tells the story of two neighbors – a border patrol agent and an industrious immigrant. Once their paths begin to cross, their families develop a bond built on friendship, romance, and conflict.

Presumably, Bordertown will be getting the post-Family Guy slot come fall 2014, as the show was given its series order with plenty of time to prepare for a fall launch and American Dad is moving to TBS at the end of the season. FOX may still opt to try a new multi-cam on the night at some point, possibly also during the fall in order to take advantage of the football bump, but a lineup of The Simpsons, Bob’s Burgers, Family Guy, and Bordertown will occur sometime next season. The network had a new non-MacFarlane animated comedy this season in Murder Police, but it was canceled before it could air an episode.

This is the latest in a string of straight-to-series orders for FOX, as the network has already ordered an as-yet-untitled Tina Fey comedy, action drama Hieroglyph, and Commissioner Gordon origin story Gotham, with multi-cam Mulaney possibly being carried over from this season into next. It’s a trend that has come to define the 2014-2015 development season, this idea of picking up a series and fixing its mistakes during development rather than letting a series get off on the wrong foot and turn off its potential audience. However, it’s something that we’ve not yet seen pan out, as this season’s Michael J. Fox Show has been a creative and commercial disappointment, so all these shows that the networks are betting big on could still turn into busts that don’t connect with audiences or critics.

Does Bordertown sound like something you would watch? Would you rather have American Dad stay on the network or a revival of The Cleveland Show than a new Seth MacFarlane comedy? Should the network attempt to add a multi-cam comedy to Sundays regardless of the new animated comedy?