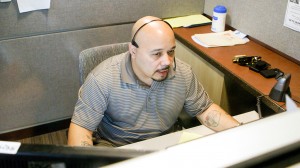 As a part of their weekly series of documentary specials, HBO will be debuting Crisis Hotline: Veterans Press 1 on Monday, November 11th at 9:00. The 45-minute special is set to focus on the Veterans Crisis Line, a hotline dedicated to helping veterans and their families deal with the post-traumatic stress, depression, addiction, and suicidal thoughts that can result once they or one of their loved ones return home. With former service members accounting for more than 20% of suicides in the United States despite being 1% of the population, the Crisis Line uses trained responders, many of whom have military experience themselves and understand the challenges that all veterans face upon completing service.

Crisis Hotline will highlight how its responders react to some of the 900,000 calls the Crisis Line has answered since its inception in 2007, including the aftermath of the emotional conversations that have saved many a life. In 2009, the Veterans Crisis Line added an anonymous chat service for those who don’t have the ability or access to call in, while 2011 saw the introduction of a text-messaging service. As our world becomes more technologically advanced and diverse, additions like these can only save lives, especially since there’s still a stigma attached to depression and suicide that prevents people from talking openly and honestly about their experiences with either. Veterans are at an even greater disadvantage due to their background and tend to avoid reaching out for help as a result, so if Crisis Hotline can convince one veteran that it’s okay to ask for help or showcase a side of being a veteran that not many get to see, it will have done its job and then some.

Will you be watching Crisis Hotline: Veterans Press 1? Have you ever worked at a crisis hotline yourself? If so, do you think that Crisis Hotline will accurately portray experiences similar to your own?