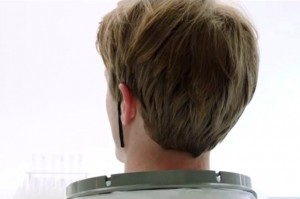 Syfy has announced that upcoming scripted drama Helix is set to premiere Friday, January 10th at 10:00, with the series premiere airing continuously the following day until 10:00. From Battlestar Galactica‘s Ronald D. Moore, Contact‘s Lynda Obst, and The X-Files‘ Steven Maeda, the latter of whom will serve as showrunner, the series stars Billy Campbell (The Killing) as Dr. Adam Farragut, leader of a CDC team called in to investigate a possible outbreak. Once his team reaches Arctic Biosystems, the facility in which they’ll be conducting their research, they find themselves dealing with threats that they didn’t anticipate, as the virus continues to evolve under their watch and chilling truths about its origin and the forces that brought them to the Arctic get revealed.

It’s a minor surprise that Syfy has opted to use Helix on Friday nights instead of airing it on Mondays with its other winter scripted shows. The network has recently opted to use the night for its international acquisitions and cheaper scripted programming, with the likes of Lost Girl, Continuum, and Merlin having passed through the post-Smackdown slot. Shows have survived on Syfy in the Friday slot, so the scheduling isn’t the death sentence that it is on broadcast television, but there’s something odd about a show that’s been hyped/promoted in the way that Helix has, with the creative auspices that are behind it, ending up on a fairly low watched night.

Are you surprised that Helix will end up as a Friday show? What do you think about the first official trailer below? Does the show look like something you would watch?