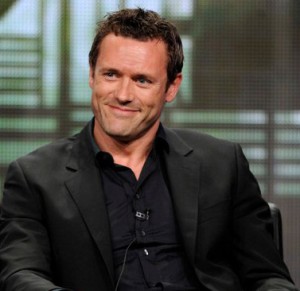 Jason O’Mara, known for his roles in ‘Vegas’ and ‘Terra Nova’ is headed towards the USA Network as he has been appointed to play an ER doctor in the Network’s drama pilot, named ‘Complications’ by Matt Nix. The drama pilot is being produced by the Fox Television Studios.

According to Nix, Complications is about a cynical Resident ER named Dr. John Ellis, the character played by O’Mara. The life of Ellis has transformed after his involvement in a gang shooting incident, when he is enforced to discover the pro-activeness with which a doctor can treat and diagnose according to his patient’s medical condition. He voluntarily gets involved in a drive-by shooting incident, in an attempt to save the life of a young boy and ends up killing one of his attackers. And when he gets to know that the little boy is eventually headed towards death, he is compelled to save him, resulting in a life-transformation for him as a doctor and his outlook for medicine.

Matt Nix, who has recently finished seven seasons of Burn Notice, is going to write and executive produce this drama show for Fox Television Studios. O’Mara will be seen for his recurring role on The Good Wife and was seen in CBS’ period drama Vegas, last year. In the year 2011, O’Mara starred in one of the most expensive shows on Fox, the sci-fi drama Terra Nova. Other shows to his credits are inclusive of The Agency, Band of Brothers, and Life on Marsand features Resident Evil: Extinction. Jason will also be lending his voice for Batman in the animated film Justice League: War.