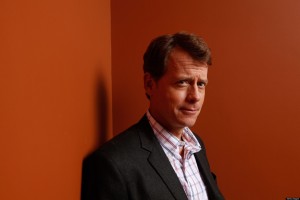 FOX has become the latest network to reveal its plans for midseason by announcing premiere dates for the likes of American Idol, The Following, and new drama Rake.

The 13th season of Idol, which will feature the return of Jennifer Lopez as well as Keith Urban and Harry Connick Jr., is set for a two-night, four-hour premiere on Wednesday, January 15th and Thursday, January 16th. Last season’s winner Candice Glover has yet to release her debut album. With the season finale of Sleepy Hollow scheduled for Monday, January 20th at 8:00, The Following will begin its uninterrupted 15-week run at 9:00 the same night, as Ryan is forced to deal with the fact that Joe’s reign of terror is far from over.

Following a special airing on Sunday, January 19th at 10:00, where it will be preceded by the NFC Championship game, legal drama Rake makes its time period premiere on Thursday, January 23rd at 9:00, taking the place of Glee while the musical drama goes on hiatus. The series, adapted from an Australian original, stars Greg Kinnear as a self-destructive criminal defense attorney whose personal life gets in the way of his professional aspirations. January 11th will see the premiere of Lucas Bros. Moving Company and Golan the Insatiable on the Animation Domination Hi-Def lineup; the former is about identical twins who run a moving company and remain unbothered by the obstacles that come before them, while the latter tells the story of a mighty godlord whose only friend is a 10-year-old goth girl.

While Enlisted will be premiering on Friday, January 10th at 9:30 as previously announced, Surviving Jack has had its episode order cut from 13 to 8 due to scheduling reasons. The Christopher Meloni-starring comedy is set to debut this spring once the American Idol results show gets cut to 30 minutes. Since Us & Them has been effectively canceled, the fact that every FOX comedy has been scheduled and there have been no changes to the Tuesday lineup means that Dads is likely to get a back nine order, following the back nine for Brooklyn Nine-Nine.