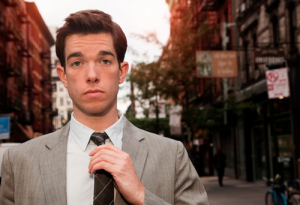 FOX has given a series order to Mulaney, a pilot originally developed at NBC last season by comedian John Mulaney. Reportedly for six episodes, the pickup adds yet another comedy to the full FOX bench, as Gavin & Stacey remake Us & Them, military brother comedy Enlisted, and Christopher Meloni vehicle Surviving Jack all wait in the wings. The move comes a day after Dads and Brooklyn Nine-Nine hit series low, with the former losing two tenths from the previous week and the latter giving back four tenths.

“John is one of the sharpest and most skilled next-generation comedic voices out there, who also happens to be surrounded by the best of the best on this new show,” said FOX entertainment chairman Kevin Reilly.

Mulaney tells the story of an aspiring comedian coming of age in New York and having to deal with his boss, roommates, and neighbors along the way. Original cast member Martin Short has been confirmed to be sticking with the series in its move to FOX, though Nasim Pedrad and Elliott Gould, who also starred in the first pilot, have yet to have their statuses in the new incarnation of Mulaney announced. While Gould recurred on the first season of Showtime’s Ray Donovan this past summer, Pedrad could have a more difficult time in sticking with the series, as she’s still a cast member on Saturday Night Live and there might not be a feasible way she could contractually be a regular on two different networks at the same time. However, Saturday Night Live creator Lorne Michaels is a producer on Mulaney and could allow her to pull double duty.

Did FOX make the right decision in greenlighting The John Mulaney Show? Which FOX series do you think the show would make sense airing with? Will NBC come to regret not picking up the series when it had the chance?