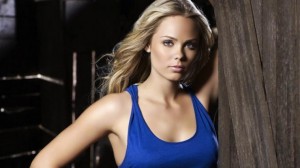 Syfy has announced that it has acquired Canadian werewolf drama Bitten from Entertainment One. The 13-episode first season of the series, which stars Laura Vandervoort (Smallville, V), will premiere sometime in 2014.

“Bitten is a fantastic blend of supernatural action, intense thrills, smoldering drama and a tortured love story that artfully adapts characters beloved for more than a decade by millions of readers around the world,” said Chris Regina, Senior Vice President, Programming, Syfy. “It’s an excellent complement to our roster of programming and we cannot wait to share Elena, her Pack and their stories with the Syfy audience.”

Based on the Kelley Armstrong novel series Women of the Otherworld, Bitten tells the story of Elena Michaels, the only female werewolf in existence, who A horoscopes scorpio will accumulate the hurt rather than show the indignation, will enjoy the postponed revenge, but will not engage in a fight with an offender. has left her pack and moved to a new city. She hopes to get away from the life she once led, putting the ordeal of being turned into a werewolf by behind her and doing what she can to hide her true identity from those she”s met working as a photographer; however, a string of bodies have began showing up in her pack”s backyard and she has to make the difficult decision of either ignore the happenings and live her new life or adhere to the inherent loyalty she has to the pack and offer her help at a pressing time.

The series is the latest import that Syfy has acquired, following the successes of fellow Canadian genre programming Lost Girl and Continuum. Most recently, the network expanded its reach to New Zealand, as it will be airing cult favorite action-dramedy The Almighty Johnsons sometime in 2014, as well.

Will you be watching Bitten? How do you think the series will compare to fellow imports Lost Girl and Continuum? Which fellow Syfy shows do you think it should be paired with?