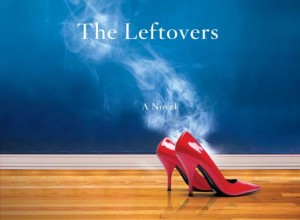 HBO has officially given a series order to the adaptation of Tom Perrotta novel The Leftovers, which will see Lost co-creator Damon Lindelof serve as showrunner. The project, which was co-written by Lindelof and Perrotta and will have its first episode directed by Peter Berg (Friday Night Lights), tells the story of the people who were left behind after a rapture-like event hits Earth. The first season of The Leftovers is set to feature 10 episodes.

Assuming that The Leftovers makes it on the air in 2014, it will be the second new drama of the year on the network, following the January premiere of crime drama True Detective. HBO is currently in a transitional period in terms of their drama series; with True Blood ending next summer, Treme ending in December, The Newsroom renewal in a weird state of limbo, and Boardwalk Empire continuing to weaken, they need to restock the shelves and find the next great drama that will have people talking. Something like The Leftovers sounds like it could be what they need, a broad yet splashy concept helmed by a man who made that kind of genre programming for six seasons and could straddle the line between prestige and populism quite well.

Among those who will be starring in The Leftovers are Justin Theroux (Iron Man 2), Amy Brennaman (Judging Amy), Christopher Eccleston (Doctor Who), Liv Tyler (Lord of the Rings: The Fellowship of the Ring), Brad Leland (Friday Night Lights), and Chris Zylka (The Secret Circle). No announcement about a possible time frame for the series to debut has been made as of yet, nor has any word been leaked on when production is supposed to begin.

Does The Leftovers sound like something you would watch? Are you ready for HBO to get even further into drama television? Where do you think the network would be most likely to schedule the series?